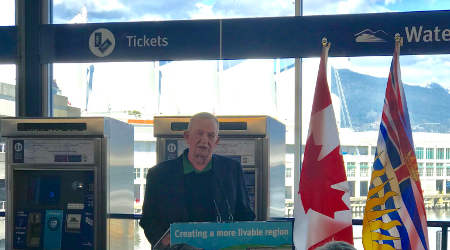 To deliver projects in the second phase of Translink's 10-year infrastructure plan, the mayors and the province have proposed a 2 percent increase in transit fares over two years, beginning in 2020. They also proposed increasing parking fares and property taxes.

The plan's second phase is subject to federal and provincial funding. British Columbia and Canadian officials are finalizing approvals, with more details on a senior government agreement expected "in the near future," TransLink officials said.