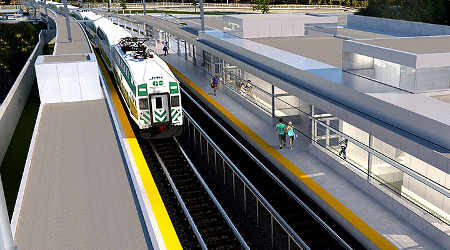 The project includes upgrades to tracks, platforms and amenities at the Milliken, Agincourt and Unionville GO stations on the line. In addition, the project calls for a rail overpass bridge as part of a grade separation at Steeles Avenue in Toronto's Scarborough area.

EDTI team members include EllisDon Capital Inc., EllisDon Civil Ltd. and WSP / MMM Group. The team will begin design this month, with construction slated to begin in September. The project is expected to be substantially completed by December 2020.

Two other teams had submitted bids.