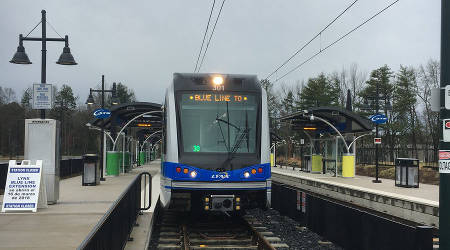 Although the extension won't open to the public until March 16, the agency on Monday provided rides for local dignitaries, radio station WFAE reported.

The 9.3-mile extension runs from the 7th Street Station in Charlotte's Center city area to the UNC-Charlotte's campus. On Twitter, UNC officials hailed the Blue Line extension as "one of the most transformational projects" in the university's history.

The extension originally was slated to begin service in August 2017, but the agency pushed the opening date to March due to construction coordination challenges and other issues.