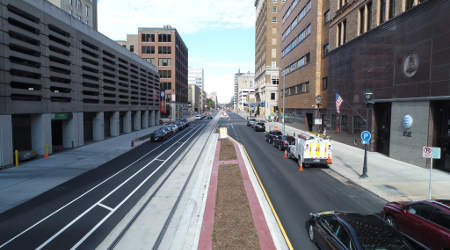 Workers were able to complete the installation in one construction season thanks in part to "favorable fall weather," Barrett wrote in a year-end report on the project.

The remaining portion of the initial route will be completed in 2018. Passenger service is slated to begin by the end of 2018. The first 2.1-mile phase of the streetcar will run from the Milwaukee Intermodal Station in the city's downtown to the lower east side.

In July 2016, the Milwaukee Common Council approved funding for a 0.75-mile streetcar extension to the downtown convention center, the shops of Grand Avenue and the future site of the Milwaukee Bucks Arena. 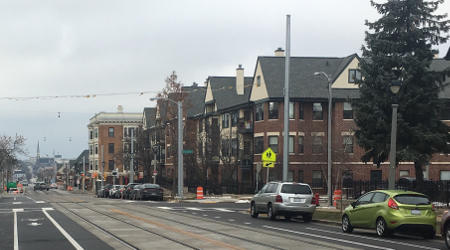 For the streetcar's first year of operation, rides will be free due to a sponsorship agreement with the Forest County Potawatomi Community. As a result of the $10 million, 12-year sponsorship pact, the streetcar will be named "The Hop, presented by Potawatomi Hotel and Casino."

In September, the city selected Transdev Services Inc. to serve as the streetcar operations and maintenance contractor.

Meanwhile, business leaders have announced plans for new developments to be located along the streetcar route, including a 25-story tower for BMO Harris Bank. Several companies have cited the streetcar among their reasons for the investments, according to Barrett's report.