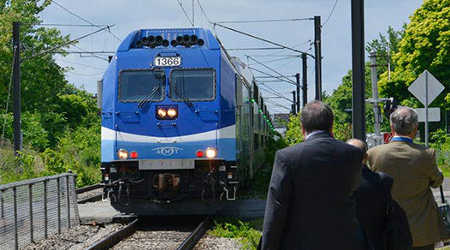 Government officials in Canada and Quebec on Monday announced a nearly CA$30 million investment in 11 public transit projects in Montreal.

The projects include rail infrastructure rehabilitation and reconstruction work on the Reseau de transport metropolitain's (RTM) Vaudreuil-Hudson commuter-rail line. In addition, the funds will be used to establish a park-and-ride area at the Vaudreuil station and provide better information for RTM train and bus riders.

"The investments ... give us an opportunity to continue with the RTM in developing information technology, like the Chrono app, which will enhance the mobility of public transit system users in the region and meet demands for efficient travel," said Paul Cote, chief executive officer of the Autorite regionale de transport metropolitain (ARTM), RTM's parent agency.

The Canadian government will provide CA$15.5 million for the project, while the government of Quebec will contribute nearly CA$12.4 million. ARTM will cover the remainder.