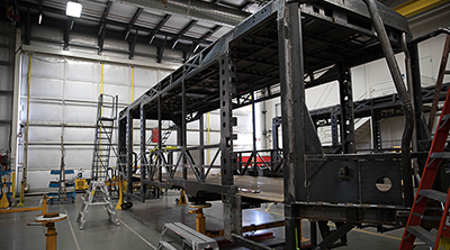 The California Department of Transportation (Caltrans) announced this week that Sumitomo Corp. of Americas will work with Siemens to fulfill a $371 million multi-state contract to supply 137 single-level passenger rail cars.

Caltrans' contract amendment replaces Nippon Sharyo with Siemens to fulfill the delayed order. Under the contract's original terms, Sumitomo subcontracted with Nippon Sharyo of Japan to build the cars in Rochelle, Illinois.

The newly finalized contract will supply 137 single-level passenger railcars — 49 to Caltrans and 88 to the Illinois Department of Transportation (IDOT), according to a Caltrans press release.

The cars now will be built at Siemens' rail manufacturing plant in Sacramento, California. All the coaches' components will come from U.S.-based suppliers to meet 100 percent "Buy America" requirements.

"This contract is moving full-speed ahead and that is good news for Californians, both in terms of job creation and better passenger rail service," said Caltrans Director Malcolm Dougherty. "Caltrans and IDOT are ready for these new rail cars to provide additional seating capacity for our busy trains and support planned improvements to passenger service."

The first cars are expected to begin production within the year at the Siemens plant.

"These coaches will use the industry's latest, proven rail technology to provide passengers with a safe, modern and highly comfortable ride," said Michael Cahill, president of Siemens rolling stock.

Under the original contract, the coaches were to be manufactured at Nippon Sharyo's Rochelle plant, paid for with $551 million in federal funds. The project fell behind when a prototype bi-level car failed a safety test. In August, IDOT announced that Siemens would replace Nippon Sharyo as a subcontractor on the project and that the cars would be single-level units.