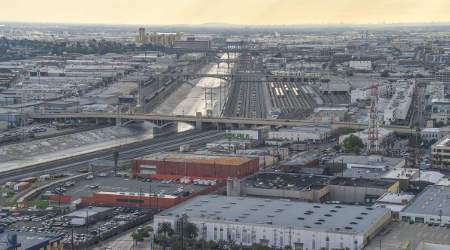 The Los Angeles County Metropolitan Transportation Authority (Metro) on Wednesday will host the first of two public scoping meetings for a project to improve capacity on the Red and Purple subway lines.

The project involves widening a tunnel entrance between Los Angeles Union Station and the Red-Purple subway yards in the city's Arts District. The project also includes building new tracks in the yard to allow trains to turn around quickly.

"Getting more trains in and out of Union Station more quickly is crucial as the Purple Line is currently being extended to the Miracle Mile, Beverly Hills, Century City and Westwood in the coming years," wrote Steve Hymon, editor of Metro's blog.

The first 3.9-mile segment of the Purple Line extension is slated to open in 2023.

The second public scoping meeting will be held Nov. 8. The Red and Purple improvement project will be designed and built so that it doesn't interfere with constructing the future Arts District subway station, Hymon said on the blog.