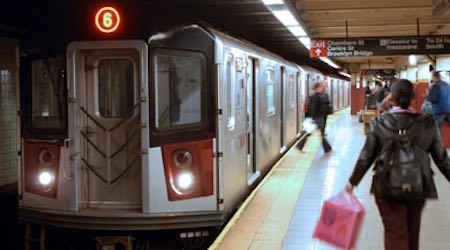 The tool provides data about major incidents, customer wait times, subway car performance and station environment standards. The dashboard is designed to improve communication with the millions of riders who use MTA New York City Transit's subways each day, MTA officials said in a press release.

"Our new performance metrics show how serious we are about regaining our subway customers' trust and how determined we are to make improvements that will stick around for years, not just for a month or two," said MTA Chairman Joseph Lhota.

The tool also shows the percentage of trains that are able to serve the estimated peak number of riders during morning and evening rush hours. Factors that can decrease scheduled service include trains being rerouted onto alternate lines, MTA officials said.

The agency released the dashboard as it continues to implement its Subway Action Plan, which Lhota unveiled in July.