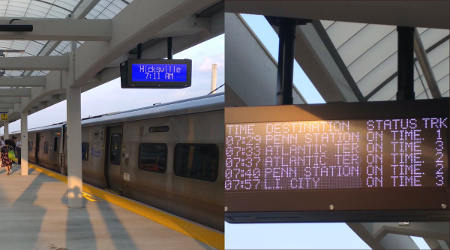 The 12-car concrete platform was demolished to make way for a new one with a translucent canopy. Crews installed energy-efficient lighting and signage, along with a new audio-visual paging system, which includes train time signs and speakers.

Concrete surfaces were painted, while three existing stairways were replaced and a new one was built at the western pedestrian underpass.

The platform was taken out of service May 22 and reopened Sept. 3, LIRR officials said in a press release.

The work is part of a $121 million modernization of the Hicksville Station, a hub on LIRR's main line. Other planned upgrades include building heated platform waiting rooms and adding Wi-Fi, USB charging stations and a video security system.