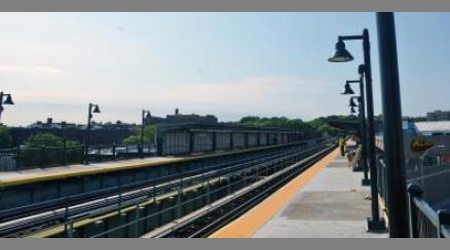 The century-old stations are part of an $88 million rehabilitation project for seven elevated stations in Brooklyn's Brownsville and East New York neighborhoods. The stops were closed in both directions in October 2016.

"The Sutter Av-Rutland Rd and Junius St stations are on elevated tracks and have open-air platforms that have been exposed to the weather every day, every hour, for nearly 100 years," said MTA New York City Transit Acting President Darryl Irick. "With these station renewals, you're seeing our capital program dollars at work bringing seven stations that originally opened in the 1920s to a state of good repair."