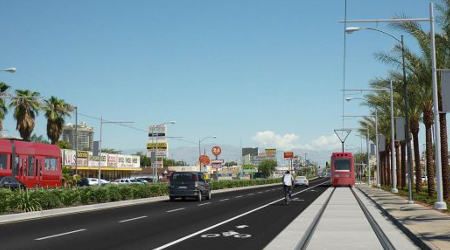 The line would connect McCarran International Airport to the city's downtown, according to the Las Vegas Review-Journal.

RTC has until 2020's end to ask Clark County residents to raise sales taxes to pay for the light-rail line, which is expected to cost up to $705 million.

Although the agency doesn't have immediate plans to introduce a sales tax measure on local ballots, RTC will apply for federal grants and look for other sources to pay for the line, the Review-Journal reported.