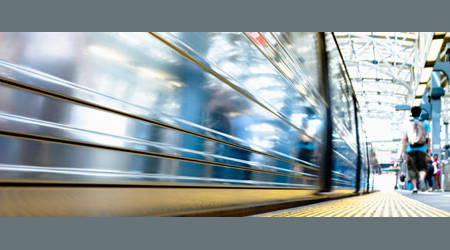 The building will become a "centerpiece of downtown Pontiac," Illinois Transportation Secretary Randy Blankenhorn said in a press release.

"After years of construction along one of the busiest passenger rail corridors in the country, the benefits are beginning to show with beautiful new stations in our state’s great communities," Secretary Blankenhorn said.

The $2.65 million station was funded with a federal grant aimed at introducing higher train speeds on Union Pacific Railroad track between Chicago and St. Louis.

Stations also are being built in Lincoln, Carlinville and Alton, Ill.

In fall 2016, IDOT opened a station in Dwight along the Chicago-St. Louis corridor.

IDOT and the Federal Railroad Administration are the lead agencies for the program to operate Amtrak trains at 110 mph along the route.

Most of the infrastructure improvements along the route are expected to be completed by year's end, according to the program's website.