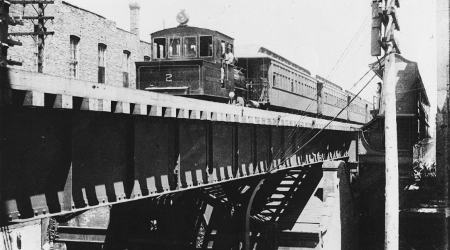 In 1892, trains began operating on a line between a terminal at 39th Street and Congress Street in Chicago. Those trains consisted of four wooden passenger cars pulled by a small coal-burning steam locomotive.

"Few inventions have had such an impact on Chicago as the historic 'L,'" said Chicago Mayor Rahm Emanuel in a press release. "Our transit system is the city's heartbeat that moves us forward. The story of the 'L' is the story of Chicago's innovation and ingenuity."

The initial elevated line in 1892 led the way for many other lines that exist today, including the Lake Street Branch.

Later this year, the CTA will mark its 70th anniversary. Created by the Illinois Legislature to unify multiple private rail agencies, the CTA began operations on Oct. 1, 1947.