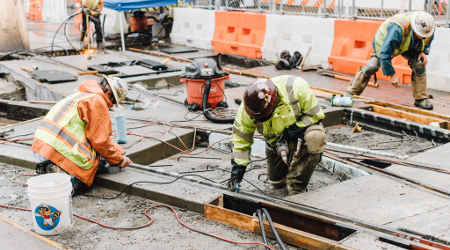 The street will remain closed to vehicular traffic and MAX light-rail service through May 20 as crews complete track and intersection improvements in the area, according to a Tri-County Metropolitan Transportation District of Oregon (TriMet) news release.

The work is being carried out as part of TriMet's Morrison-Yamhill MAX light-rail improvement projects, which call for repairing track on the oldest section of the MAX system. The section of track has been in service for more than three decades.

During this final week of the project, crews are finishing work on the signal system, replacing broken asphalt, and preparing the rails to restore MAX service. The work is expected to be complete May 20.