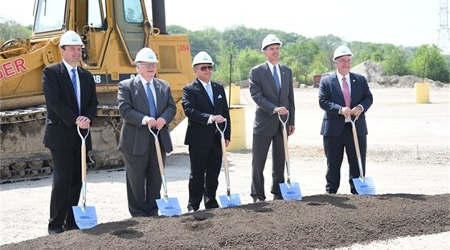 The station will be the first new stop on the line since Metra's creation in 1984, officials from the railroad said in a press release.

The project is expected to cost $4.9 million, with more than $3.9 million covered by Illinois' Congestion Mitigation and Air Quality Improvement grant program. Construction is slated to wrap up in fall.

"Getting a Metra stop has been a village goal for a long time, so we’re very excited to break ground today," said Romeoville Mayor John Noak said. "Having another transportation link to the city will be a great benefit for residents as well as businesses."