Valley Metro to break ground on Tempe Streetcar in June 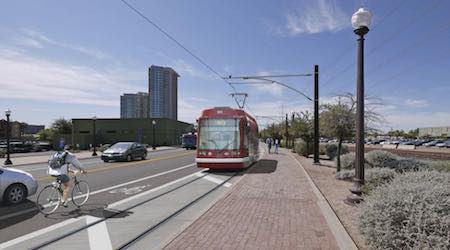 The announcement follows news that Valley Metro will receive $50 million from the U.S. Department of Transportation's Capital Investment Grants program, which was included in the fiscal-year 2017 federal spending bill signed by President Donald Trump on Friday.

"Tempe Streetcar is a valuable investment for our community and the region as it serves future rider demand, spurs revitalization and boosts job growth," Mitchell said.

The 3-mile streetcar line is expected to cost $186 million and will be funded by local and federal grant dollars.