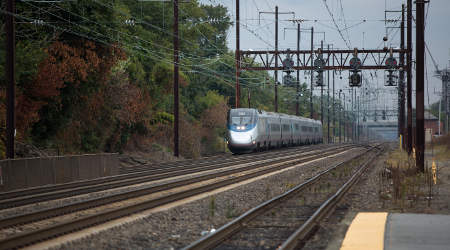 The bill was approved and signed by President Donald Trump to continue funding the federal government through Sept. 30, which is the end of fiscal-year 2017.

The measure allows state departments of transportation and transit agencies to gain access to this year's scheduled funding increases that Congress had authorized and paid for under the 2015 Fixing America's Surface Transportation (FAST) Act. Those increases totaled about $400 million for transit programs and $1 billion for highway programs, which have been delayed since Oct. 1, the start of this budget year, according to the American Association of State Highway and Transportation Officials (AASHTO) Journal.

The bill is "generally good news for the rail industry and rail contractors," according to a legislative alert from the National Railroad Construction & Maintenance Association (NRC).

NRC's report also noted that the bill provided another $150 million in funding for the Washington Metropolitan Area Transit Authority; and $199 million for PTC funding for commuter railroads that was authorized under the FAST Act.