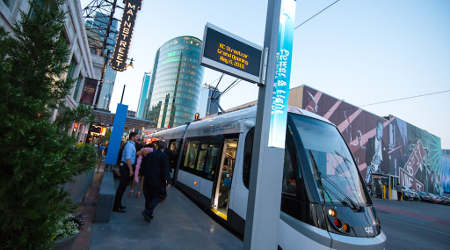 The agency now operates a four-vehicle fleet. Including parts and warranty, each new vehicle could cost $5 million, according to the newspaper.

It may take two years to build the units.

KCSA also is expanding Sunday hours as ridership grows. The agency plans to run streetcars from 7 a.m. to 11 p.m. on Sunday instead of 10 a.m. to 8 p.m.

KCSA has logged total ridership since the system opened in May 2016 at 1,787,746 rides. The authority expects to reach 2 million total rides by the system's first anniversary.