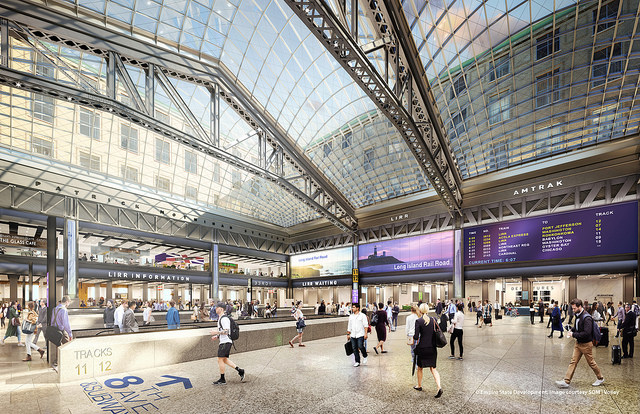 The work will be part of New York Gov. Andrew Cuomo's $3 billion plan to transform the station and the nearby James A. Farley Post Office into a "world-class transportation hub" in Manhattan.

Working with the LIRR, the winning firm will have six months to put the finishing touches on a design-build plan that will allow a general contractor to begin work in 2017.

The MTA and LIRR will announce the winning design firm before the end of the year. Construction of the new LIRR corridor is expected to cost $170 million.

"This marks another major step in Gov. Cuomo's transformational plan to reimagine Penn Station and to change the experience for everyone using Long Island Rail Road," said MTA Chairman and Chief Executive Officer Thomas Prendergast in a press release.

The governor's plan calls for nearly tripling the width of the 33rd Street Corridor, which is among the busiest sections of Penn Station. Other improvements include upgraded lighting and wayfinding, as well as digital screens to convey information and create a "modern passenger experience," MTA officials said.

More than 500,00 visitors pass through Penn Station each day, most as commuters or travelers on the LIRR, MTA New York City Transit subway, Amtrak or New Jersey Transit.