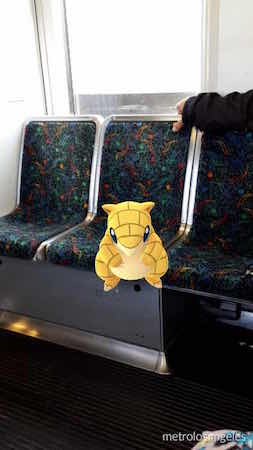 "For those of you who aren’t too keen on walking long distances, Metro buses and trains are a good traffic-beating option with many stations near the type of community gathering places favored by the game," Metro officials said in a press release.

Additionally, the agency created a Twitter handle dedicated to updates about the augmented reality game, which requires players to walk around their environments to capture virtual creatures.

However, Metro cautioned players to remain alert and aware of their surroundings while playing the game. On Twitter, MTA New York City Transit (NYCT) and several other agencies have issued similar warnings.