Valley Metro to give update on South Central light-rail extension

Valley Metro and Phoenix city officials next week will host an open house to provide an update on the South Central light-rail extension project.

At the May 25 meeting, the public also will be able to review the results of the project's environmental assessment and provide comments. The assessment evaluates the extension's potential impacts, including noise and vibration, traffic and parking, and effects on historical and archaeological resources.

The proposed 5-mile project would connect with the current light-rail system in downtown Phoenix and run south to Baseline Road.

In September 2014, the city was awarded a $1.6 million Transportation Investment Generating Economic Recovery (TIGER) grant for the South Central extension. That funding was used to prepare the environmental assessment and perform conceptual engineering.

In January, the Phoenix City Council voted to accelerate the South Central project from 2034 to 2023 based on a high demand for transit. 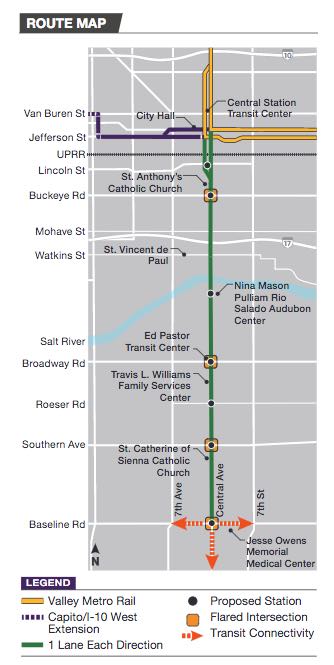