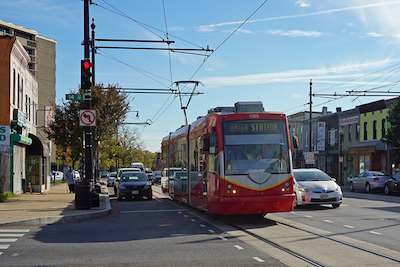 The District Department of Transportation (DDOT) yesterday kicked off pre-revenue operations of the DC Streetcar in Washington, D.C.

The mode of operation simulates service along the corridor without passengers and will be carried out between H Street and Benning Road, DDOT officials said in a press release.

DDOT's streetcars will run from early morning to late at night during this phase of testing. Additionally, the agency will increase the distribution of safety information to pedestrian, motorists and business along the corridor.

Pre-revenue operations will continue for at least three weeks and will be extended as needed.

This marks the second time that DC Streetcar has initiated pre-revenue operations. Under former D.C. Mayor Vincent Gray's administration, DDOT in September 2014 attempted this phase of testing, but the plan was aborted, according to the D.C.-area radio station WAMU.

Local leaders "essentially had to go back to the drawing board to make some major changes, which this administration has been fixing over the past 11 months," DDOT Director Leif Dormsjo told the station.