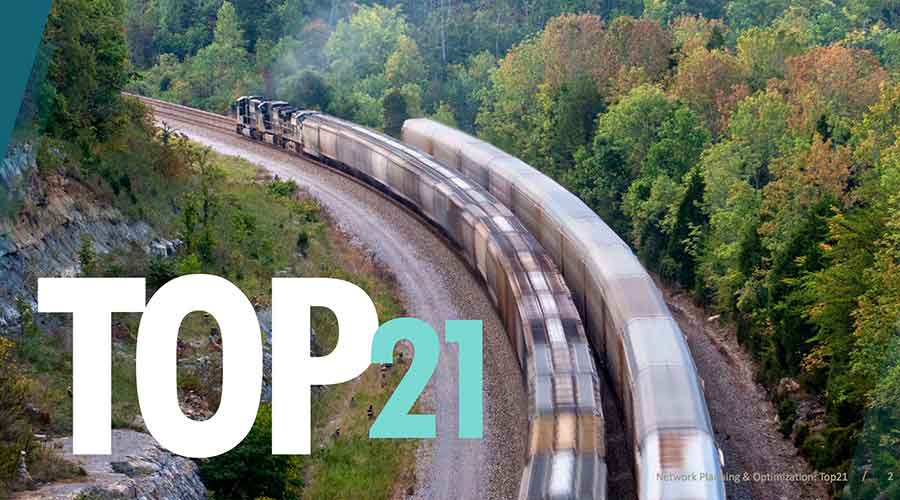 The phase one roll out in July's first week in the merchandise network resulted in a seamless changeover with minimal impacts to customer service and network operations, NS officials said in a press release. The first phase focuses on the carload and automotive networks.

TOP21 incorporates precision scheduled railroading principles and is designed to improve operational performance and boost network efficiencies. For example, the operating plan calls for running fewer but faster trains in the network, with less car dwell time in terminals.

NS officials attribute the successful launch to extensive planning and customer collaboration leading up to implementation, including iterative modeling by the railroad's network planning and optimization team, and corresponding network adjustments based on reviews by both the operating and marketing groups.

Prior to implementation, NS also hosted 19 town hall meetings across its network that were attended by employees and customers. In addition, marketing team members met with hundreds of key customers in May and June to prepare them for the plan and share transition expectations.

"We took a deliberate and collaborative approach in planning and executing our TOP21 operating plan, and we brought customers with us, quite literally, along the way," said Mike Farrell, NS' senior vice president of transportation.

Planning now is underway for TOP21's next phase, which might include the intermodal network and other aspects of the carload network. No firm timeline has been established for the second phase's implementation.

"We expect another successful rollout [at that time] based on frequent communication with our customers and employees to ensure another seamless transition," said Mike Wheeler, NS' executive vice president and chief operating officer.