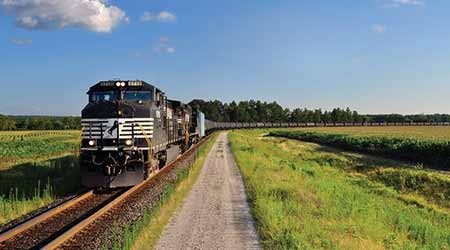 Daniels has been president of Purdue University since 2013. He served as Indiana's governor from 2005 to 2013. At NS, he has been appointed to the board's Compensation Committee and the Governance and Nominating Committee.

Daniels also serves on the boards of Cerner Corp., the Urban Institute, and the American Academy of Arts & Sciences Commission on Postsecondary Education.

Donadio has been appointed to the Finance and Risk Management Committee and the Audit Committee of the NS board. Prior to her retirement from Ernst & Young, she was responsible for the firm's oil and gas sector, where she helped set strategy for industry clients. She joined the firm in 1976.

She also is a director of Marathon Oil Corp., National Oilwell Varco Inc., and Theatre Under the Stars, as well as a trustee for the Great Commission Foundation of the Episcopal Diocese of Texas, a member of the Corporation Development Committee of the Massachusetts Institute of Technology, and a member of the Dean's Advisory Council for the E.J. Ourso College of Business at Louisiana State University.