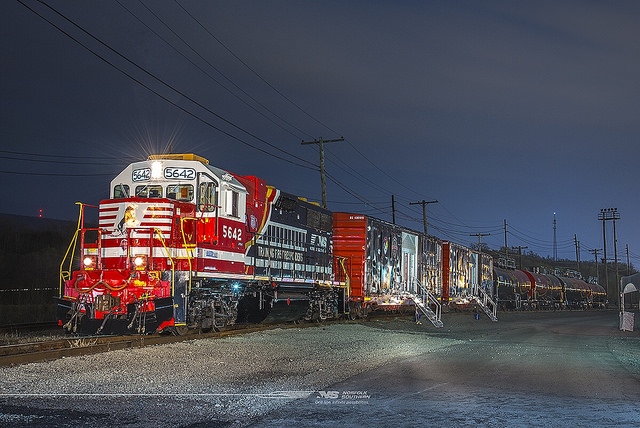 The train serves as a mobile technical training center for the continuing education of first responders and government agency representatives. Staged last week on a track near the Chattanooga Fire Department, the train attracted emergency responders from 14 agencies in the Chattanooga and northwest Georgia areas, according to an NS press release.

"We are focusing on areas where we have significant hazmat shipments. It's a best business practice to help with preparedness," said David Schoendorfer, Norfolk Southern's system manager hazardous materials.

"You can learn about tank cars and boxcars in the classroom, but nothing beats the hands-on training we received here," said Capt. Chris Cordes of the Chattanooga Fire Department. "When you come to a derailment, it's obviously not sitting on the tracks nice and neat. You have to know what you're looking at, and this really helps us get a grasp of what we might be faced with."

The train is visiting 18 cities in 13 states during its inaugural tour this year. To date, 1,710 emergency responders have received professional instruction on the train.

At each location, emergency responders can choose from among three days of free training that includes instructor-led and hands-on learning. The train features two boxcars converted into classrooms, four types of railroad tank cars used in transporting all types of chemicals, and two specially equipped flat cars.