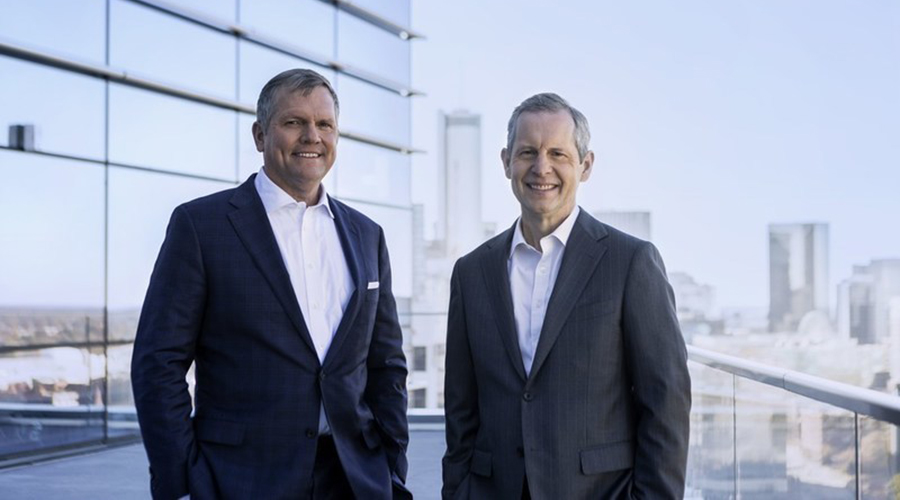 As part of the company's planned succession process, the board of directors has elected Shaw to the role of president, effective immediately. The company's executive leadership team now reports to Shaw, NS officials said in a press release.

"This is the right moment for a leadership transition," said Squires.  "The company is in rock-solid position, I've accomplished what I set out to achieve, and our board of directors has identified the right leader in Alan Shaw to guide Norfolk Southern in its next chapter of success and value creation."

Squires is retiring "at the top of his game," said Steven Leer, NS's lead independent director.

"During his tenure, he has increased shareholder value by more than $30 billion, implemented precision scheduled railroading, led the company through a freight recession and global pandemic and brought company leadership together in a new, state-of-the-art Atlanta headquarters," Leer said.

Squires and Shaw will continue to work closely together over the next five months to complete a smooth transition, NS officials said.

Shaw has a unique combination of skills and experience that have prepared him to lead NS, Squires said.

"He's a veteran railroader who understands operations and will drive continued improvement in service and efficiency," said Squires. "At the same time, he has an unparalleled understanding of our customers and the markets we serve, as well as the vision to grow shareholder value in our competitive, rapidly evolving industry."

Shaw has 27 years of experience at NS in marketing, operations and finance. He was appointed CMO in May 2015, and under his leadership the company has built the "strongest intermodal franchise in the eastern United States, positioning it for growth in consumer-oriented, service-sensitive markets," NS officials said.

Shaw is responsible for innovations in customer-facing technology, sustainability, and new product offerings.

As part of the succession plan, NS also announced that VP of Industrial Products Ed Elkins has been promoted to EVP and CMO.

Elkins joined NS in 1988 as a locomotive engineer. He served as group VP for chemicals and group VP for international intermodal before assuming his current role in 2018. Elkins is a veteran of the U.S. Marine Corps.

NS also announced that VP of Intermodal and Automotive Jeff Heller will retire from the company after a 27-year career on March 1, 2022.

Shawn Tureman, currently group VP of industrial products and chemicals, becomes group VP of intermodal and automotive effective immediately and will succeed Heller as VP upon his retirement.