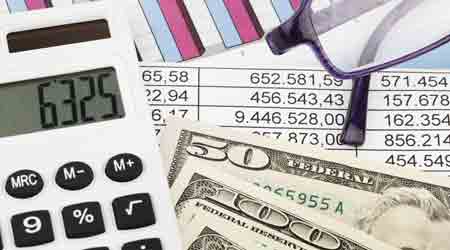 Although operating expenses and ratios were bright spots for most Class Is, their 2015 financial results were mostly dim. Revenue, income and earnings declined year over year, sometimes significantly.

As a result, Norfolk Southern Corp. and Canadian Pacific plan to trim 1,200 and 1,000 jobs, respectively, this year. Likewise, Class Is' planned capital expenditures — which were announced last month — mostly will contract this year.

"More than half of our planned capital investment is replacement spending to harden our infrastructure, replace older assets, and to improve the safety and resiliency of the network," said EVP of Operations Cameron Scott during a Jan. 21 earnings conference.

At CSX, the planned $2.4 billion capex budget is down more than $100 million year over year. Funds for infrastructure work, equipment and growth/productivity projects would drop slightly to $2.1 billion, while PTC spending would remain flat at $300 million.

NS is taking "a more disciplined approach to capital spending," prioritizing allocations to the core network and projects that will help fuel long-term growth, said EVP/CFO Marta Stewart during a Jan. 27 earnings conference.

The budget would allocate dollars to build or extend sidings, begin a two year storage-in-transit yard project for Sasol Chemicals (USA) LLC and continue a three-year expansion at Sanchez Yard.

BNSF Railway Co.'s set budget of $4.3 billion also is a far cry from last year's $6 billion, but that was a record-setting amount. The Class I’s actual capex spend in 2015 totaled $5.8 billion.

The '16 budget reflects capacity added the past few years and is more in line with current volumes, according to BNSF. It allocates $2.8 billion for core network improvements, $500 million for expansion projects and $300 million for PTC.

CP: Capex can be 'dialed back'

Meanwhile, CP's budget is slated at $1.1 billion (in Canadian dollars) versus 2015's $1.5 billion. Over the past few years, the Class I has upgraded a lot of infrastructure after years of underinvestment, so capex "can now be dialed back," said EVP/CFO Mark Erceg during a Jan. 21 earnings conference.

However, CN has pegged $2.9 billion (in Canadian dollars) for capex, up from $2.7 billion in 2015. The budget includes $1.5 billion for network investments, $600 million for rolling stock equipment — in part to acquire 90 locomotives — and $400 million for PTC.

Allocating more this year to harden infrastructure "will allow us to take full advantage of market conditions that provide easier access for working on the tracks, availability of external contractors and low commodity costs," said EVP/CFO Luc Jobin during a Jan. 26 earnings conference.