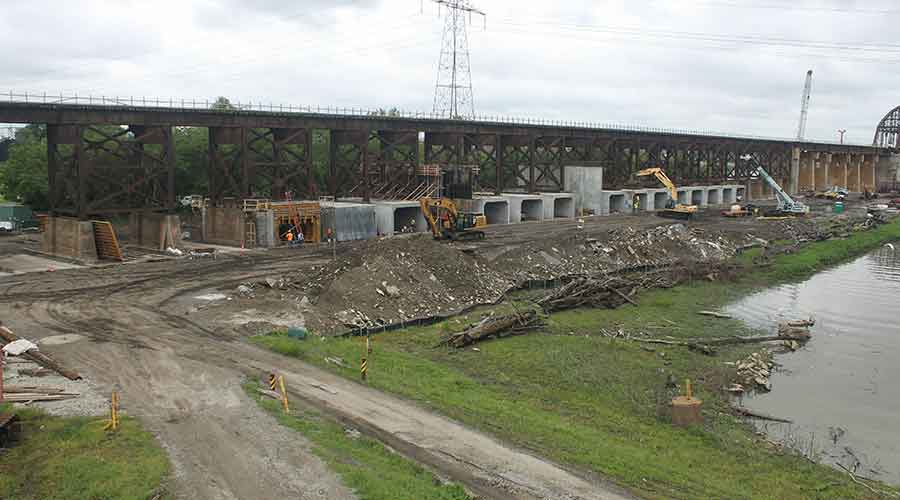 The list contains 21 projects representing a total investment of $2.2 billion. Half of that amount covers projects under construction or funded and expected to get underway, with some projects starting as early as this year, Freightway officials said in a press release.

The list is a "valuable tool used by the St. Louis Regional Freightway to align and amplify advocacy for support and funding for critical infrastructure projects," said Asim Raza, chief legal officer and director of corporate affairs for the Terminal Railroad Association of St. Louis (TRRA) and interim chairman of the Freightway's Freight Development Committee. The committee compiles the list annually.

Among projects funded and under construction is the $222 million project to replace Merchants Bridge, a rail artery across the Mississippi River and one of the nation's primary east-west rail corridors serving the nation's third largest rail hub, Freightway officials said.

Also on that list is the Union Pacific Railroad Lenox Tower replacement and track realignment, a $9 million project in Illinois.

New to the list this year is the TRRA's $8 million dewatering project in front of the Gateway Arch National Park. Now in the concept development/planning phase, the project is being designed to ensure freight- and passenger-rail traffic continues to operate during major flood events.

Ryan Krull, sales manager for Watco Cos. LLC, underscored the projects' significance to Watco and other businesses operating in the St. Louis region.

"The list of current and future infrastructure projects occurring across the bi-state St. Louis region will not only allow freight to move more safely through the region, but also enable strategic advantages for companies looking to reduce costs and run leaner supply chains," he said.