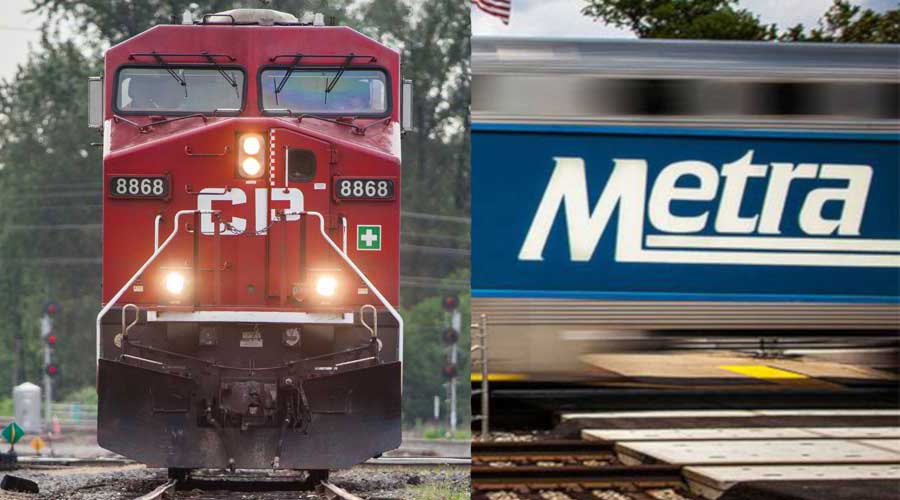 Canadian Pacific, Metra and Chicago Region Environmental and Transportation Efficiency Program (CREATE) partners announced this week the completion of a project that will help reduce delays to freight- and commuter-rail trains in Franklin Park, Illinois.

The CREATE B1 Project involved the installation of five crossovers and associated signaling on Metra tracks serving the Milwaukee District West Line and CP, principally between grade crossings at Scott and Ruby streets. Also, a crossover was installed between Indiana Harbor Belt Railroad Co. (IBHR) and CN tracks at Chestnut Street and Grand Avenue.

"The completion of CREATE's B1 project is a great milestone in Metra's work to reduce potential commuter delays throughout the region," said Metra Chief Operating Officer Bruce Marcheschi in a press release. "The switching and signaling improvements here will save considerable time for both commuters and freight trains, and we are happy to continue our work with the CREATE program."

The project reduced the potential for delays to Metra trains that traverse that portion of the Milwaukee District West Line each day. Before the project was completed, freight trains had to pass through the Bensenville Yard to access the IBHR main line track. With the improvement, the 12 daily freight trains that pass through the area can bypass the yard on existing Metra tracks.

"We are committed to delivering for our customers and communities, and efficiencies gained in greater Chicago help to keep shipments moving through this important and interconnected terminal area," said Jason Ross, CP's vice president of operations, southern region.

With the completion of this project, 31 of CREATE's 70 projects are now in service.