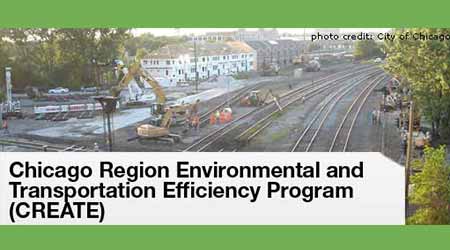 The grant would help leverage private and public dollars for the program's 75th Street Corridor improvement project and Argo Connections project. The federal funds sought in the INFRA application would cover only one-third of total costs, but would close a funding gap that would enable the projects to quickly proceed to construction, CREATE officials said in a press release.

The two projects involve five interrelated infrastructure improvements that are central — both geographically and functionally — to reducing rail and highway delays, and expanding freight-, commuter- and passenger-rail capacity in the Chicago region, they said.

The application describes how the projects would have substantial national and regional economic benefits because capacity and reliability would be improved through the nation's busiest rail hub, CREATE officials said. The projects also would demonstrate innovative techniques and practices, and incorporate performance measures and accountability, they added.