Part 4 : Sidebar: How to think like a data scientist 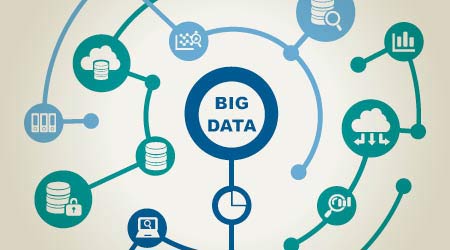 Big Data analytics promises to soon change railroad operations for the better. For years, financial and retail companies, among others, have been investigating how to collect, analyze, merge and leverage data to drive efficiencies and provide new services. Railroads are relatively new to the Big Data party, but they’re finding ways to leverage the mountains of data they’re collecting to better manage operations, and improve safety and security.

In late 2016, Progressive Railroading attended the third annual Big Data in Rail Maintenance Planning conference in Newark, Del. Held Dec. 15-16, the conference is conducted by the University of Delaware’s Big Data Center and its Railway Engineering and Safety Program.

What we learned: Railroads have deployed sensors. They’re monitoring field operations. They’re hiring data scientists. And the industry is learning to merge and analyze data to answer specific questions.

It’s no easy task. But the couple hundred attendees in the college lecture hall — a mix of academics, railroaders, IT specialists and rail industry software providers — seemed eager to learn from each other and build on the discoveries.

“Big Data finds the needle in the haystack,” said David Staplin, retired deputy chief engineer for Amtrak and chairman of the University of Delaware’s Railroad Advisory Board, in his introductory remarks for the conference.

In 2014, railroads were dealing with a dearth of data, said Staplin. In 2015, they focused on how Big Data could improve safety, profitability and service, and they improved in those areas. But customers and the public want more, he said.

Now, there is an abundance of data being analyzed to improve maintenance and maintenance planning.

“We can use Big Data to find [the common truth] under the small, annoying points of weakness or failure in the system,” said Staplin. “Those small points might not result in failure individually or immediately, but analyzing the data points delivers patterns that lead to insight.”

Of course, as with other scientific endeavors, investigation and analysis also can lead to more questions.

“As we solve one problem with Big Data, we’re going to find other avenues to explore, to fix other problems,” said Staplin. “Eventually, Big Data will find the needle in the haystack. And if we don’t find and fix it first, our competitors will.”

Accordingly, the aim of Big Data in Rail Maintenance Planning 2016 was to focus on railroads’ specific needs and applications, said Allan Zarembski, research professor and director of the university’s Railroad Engineering and Safety Program. The conference presentations reflected that.

Three years ago, “railroads were saying, ‘This is how many miles of track we have and here’s where we’re putting the sensors.’ Now, they’re discussing specific projects, results and challenges,” Zarembski said.

“Modern railroads are making increasing use of new-generation track inspection and operating technology to obtain more and more data on the condition of track and equipment,” he added. “Since railways need to convert this data into usable information to help them plan their capital maintenance programs, there is a need for new and improved data analysis techniques.”

For example, CN and NS presenters took turns describing their efforts in a session titled, “The Use of Big Data to Evaluate Railroad Assets and Plan for the Future.” J. Shane Rice, assistant chief engineer - MW&S for NS, said he was working with his IT department to simplify the data generated from their track geometry car.

“We want better analysis of current assets, and a better ability to plan repairs and predict failure,” said Rice. “This will help us become safer, more service-minded, and more productive and efficient.”

“We want to make it easier for field folks to use the data. We want to better use the data for track assessment. And want to better manage data,” Levandier said. “CN is working to bring data sets together, and to combine systems, reports and scorecards to create an operational overview.”

What Big Data can do

Meanwhile, CSX officials are analyzing smarter onboard measurement systems, and they’ve identified 195 potential use cases for the data.

“Sensors are at a price point where the potential to do better is there,” said Leo Kreisel, the Class I’s director of track testing. “There are enough machine vision systems [to choose from] and they are better. We see automated inspections supplementing human inspections. We want [sensors] on locomotives, for example, so the measurements can be continual.”

CSX estimates that locomotive-based sensors will produce 250 gigabytes (GB) of data daily per locomotive. If sensors were on 300 of the railroad’s locomotives, the system would be generating 75 terabytes of data per day. (One terabyte equals 1,024 GBs of data, which is 472 hours of broadcast-quality video, 150 hours of high-definition recording or 2,000 hours of CD-quality recording.)

Dwight Clark, general director of engineering technology for UP, also talked about how Big Data is enabling automated track condition assessment. And BNSF Director of Reliability Engineering David Friss discussed how his railroad is analyzing data to evaluate turnout performance. Other presentations referenced applications from the United States and abroad covering the use of Big Data in rail wear forecasting, rail joint management using automated inspection technology and the role of Big Data in risk management. Challenges of Big Data

Conference attendees also were able to dive deep into some of the challenges of combining, sorting and analyzing large data sets.

In her keynote address, Transportation Technology Center Inc. (TTCI) President Lisa Stabler noted that “it’s very important that we discuss the [data] inputs, that we understand both statistical significance and practical significance. Without the technical understanding, spurious associations can be made.”

No matter where the data comes from, analyzing it requires making a lot of decisions and assumptions. Stabler of TTCI, a research and testing organization that is a wholly owned subsidiary of the Association of American Railroads, explained that Big Data comes with three concerns that anyone who wants to make use of it must work through:

• Quality. Understanding the quality of data is critical. Data quality can be affected by the frequency of data gathered over time, the quality of older data sets used for comparison and decisions made about data points that are extreme outliers. “Modern data collection amasses enormous amounts of data,” she said. “When using smaller data sets, you can use 95 percent accuracy. But with Big Data, you need 99 percent confidence that the data is accurate. [And] large data sets have their own problems.”
• Outliers. Big Data analysis does not necessarily mean the final results use all the data, said Stabler. That’s where decisions about outliers come in. That’s also where you have to know how your inputs are related.
• Auto-correlation. Big Data can have factors that are confounded or correlated over time (auto-correlated), she said.

The railroad industry is beginning to work through these concerns for a variety of data sets. The goal is to be able to reliably apply algorithms to future data sets to predict, for example, wheel breakage, the need for tie replacement or other maintenance issues.

Collecting data is comparatively easy. Analyzing the data to produce a useful outcome is time-consuming, but increasingly attainable. But the industry is still in the early phases of learning to use data analysis to reliably predict a specific outcome, rail data scientists say. So, many will no doubt meet again next year, at the fourth annual conference, to compare notes and learn more.