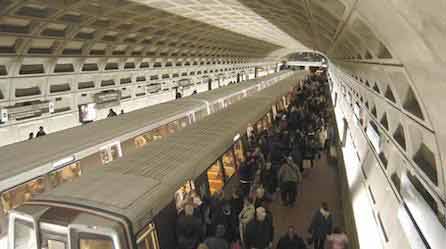 The plan moves beyond track repair and includes a train reliability program designed to cut rail-car delays by retiring the 1000- and 4000-series units by the end of 2017, WMATA officials said in a press release. The units are the oldest and least reliable in the agency's fleet.

"While we remain focused on track safety and reliability, we must tackle the fact that six of every 10 train delays are due to issues with our railcars," said Wiedefeld. "Getting back to good means running trains safely and on time."

The new plan targets a 25 percent reduction in train delays by the end of next year.

Early last month, WMATA began the "Railcar Get Well Program" for its legacy fleet as a part of a repair and replacement campaign. The 2000-, 3000-, 5000- and 6000-series cars will undergo replacement and repair of HVAC systems, doors, propulsion systems and brakes.

For the first time, the program is being overseen by independent quality assurance teams at WMATA, agency officials said.

The agency also plans to use technology to prevent red signal overruns and strengthen protection for track workers and inspectors, Wiedefeld said. New software installed on trains will prevent train operators from passing a red signal by requiring the operator to perform certain actions before they can move the train, according to WMATA.

Also, a new public radio system and cellular service are being installed in tunnels, with cellular service in certain underground segments of the Blue, Orange and Red lines coming online in 2017.

Wiedefeld announced the "Back2Good" plan as he marks his one-year anniversary at WMATA.