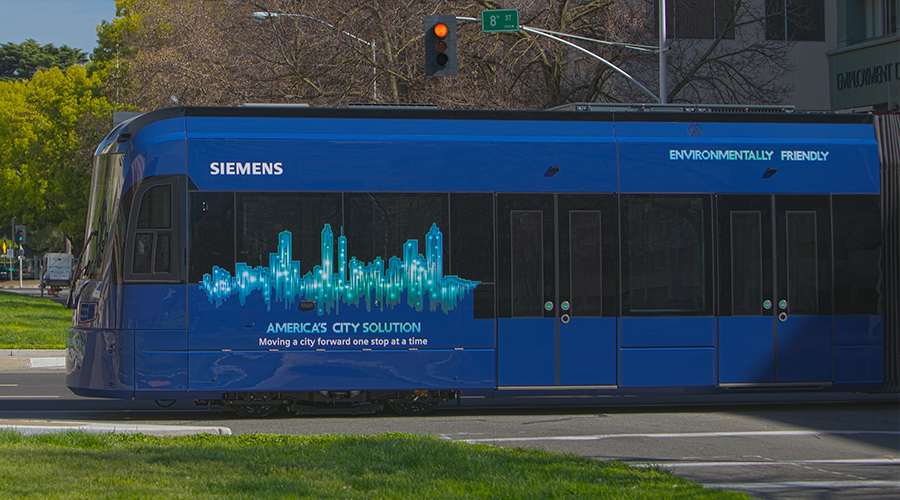 The electric light-rail vehicles — which will be manufactured at Siemens’ factory in Sacramento, California — feature low-level boarding and wider aisles for improved accessibility. They also include built-in luggage and bicycle storage, and larger windows.

The order marks the first time in 20 years that the agency has purchased new light-rail vehicles, SacRT officials said in a press release.

When delivered starting in 2022, the new vehicles will operate with SacRT’s existing fleet for a few years, as the agency works on obtaining additional funding to replace all 97 light-rail vehicles.

The purchase was funded through a $150 million grant from California State Transportation Agency’s Transit and Intercity Rail Capital Program and Proposition IA funding.

The agency will use $100 million to purchase 20 light-rail vehicles, spare parts and tools. The remaining funds will be used to convert light-rail stations to accommodate the low-floor train design and construct supporting infrastructure.