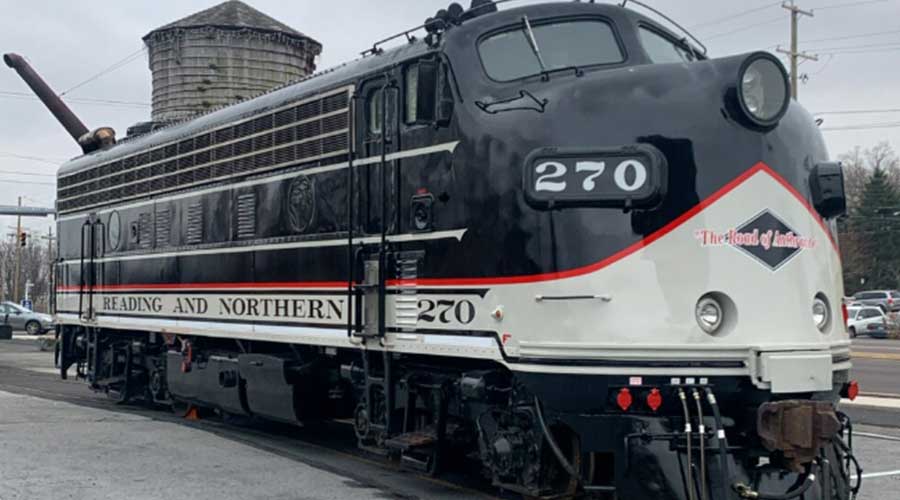 Reading & Northern Railroad (R&N) recently purchased two diesel-electric locomotives from Norfolk Southern Railway to use for a passenger excursion that will launch in April.

The "F units" date to the early 1950s, but were rebuilt by NS 15 years ago at the Class I's locomotive shop in Altoona, Pennsylvania, R&N officials said in a press release. The R&N acquired the units in late 2019.

R&N's motive power department painted the units in the railroad's paint scheme for use in the excursion service. The first "rail fan" train trip will depart April 18 from the Reading Outer Station on Pennsylvania Route 61 and Bellevue Avenue, R&N officials said in a press release.

The trip will traverse the R&N mainline from Reading to Pittston, Pennsylvania. Interest in the trip has been strong, with ticket sales coming from as far as Southern California, R&N officials said.

As a result of the strong interest in the trip, the railroad is planning additional trips to be powered by the F units this year, they said.