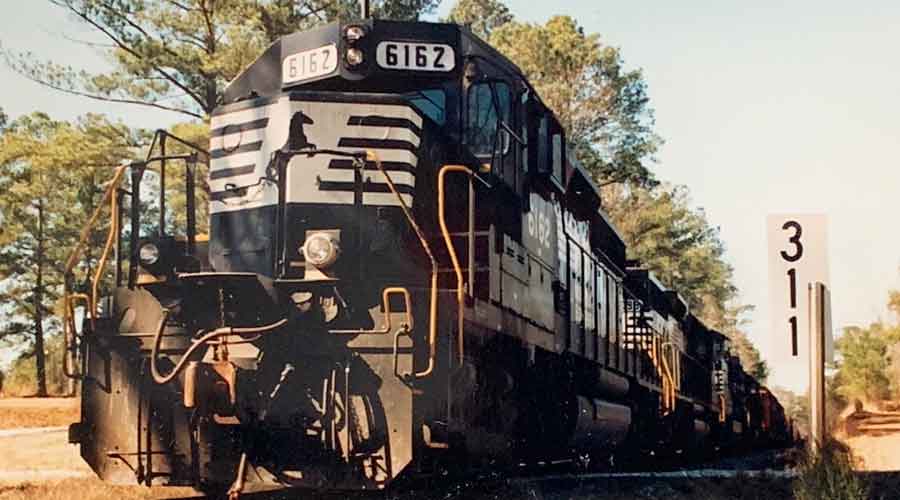 During its 42-years in service, the unit hauled countless tons of freight through the Appalachian coalfields through central Kentucky, KSHC officials said in a press release.

NS 6162 was built in May 1978 by Electro-Motive Division in LaGrange, Illinois, for the Norfolk and Western Railway. It performed duty all over the railroad, predominantly hauling coal out of Virginia, West Virginia and Kentucky. It remained on NS' active roster until June 18, when it was officially donated to Kentucky Steam. The unit will remain in operational condition and will be displayed at KSHC headquarters in Irvine.

The locomotive's addition to Kentucky Steam, a 501(c)(3) nonprofit, is a milestone in the development of the rail-based economic development project taking shape in Irvine, said KSHC President Chris Campbell.

"This generous contribution by Norfolk Southern is a fantastic addition to our collection, which is being curated to tell the story of how railroads built our region and the nation as a whole," Campbell said. "We are flattered to have a locomotive as relevant and as valuable as NS 6162, and its inclusion in our roster in another exciting milestone for our organization."