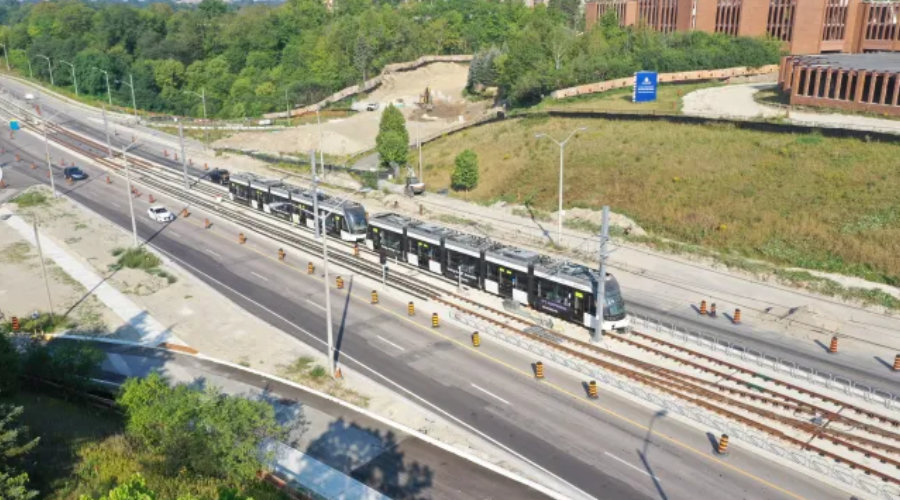 Earlier this spring, the first six LRVs were moved from the Eglinton maintenance and storage facility to a test location. Since then, crews have been commissioning the vehicles, including performing tests on communications systems and signals that interact with the LRVs and operating the vehicles at slow speeds.

Testing will continue regularly for the next few weeks. After all testing is completed in fall, the six vehicles will return to the maintenance and storage facility.

To open in 2022, the Eglinton Crosstown light-rail line will run more than 12 miles — with more than half of the mileage underground — and feature 25 stations along Eglinton Avenue. It will link to three Toronto subway stations and GO Transit lines.