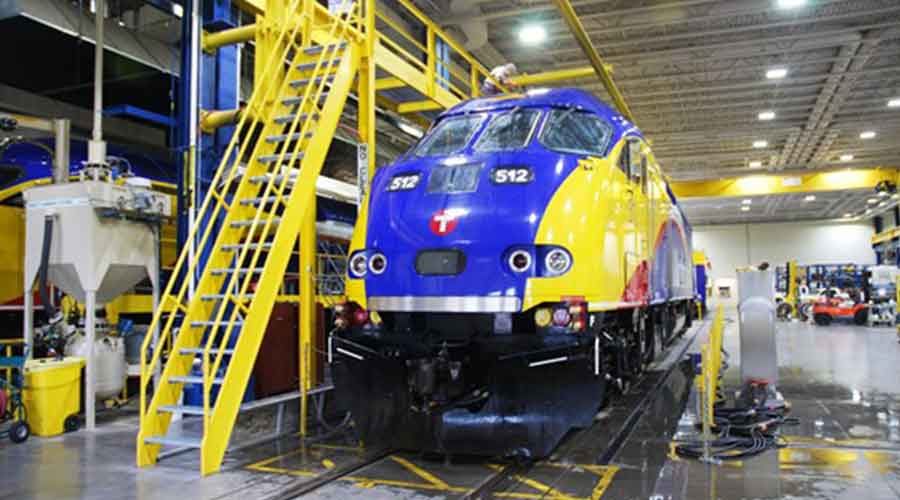 The facility serves as a maintenance, inspection and wash station for 19 rail cars and six locomotives that run on the Northstar Line between downtown Minneapolis and Big Lake, according to the Metro Transit website.

In the future, Metro Transit will add space to the facility and create an overhaul track used for heavy maintenance. Work on the facility is expected to continue into November.

Currently, the facility stores up to two locomotives and five train cars and the remainder of the fleet is stored on outdoor tracks.