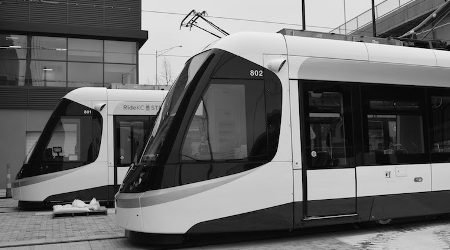 Including spare parts and inspection support, the total price of the units is $11.9 million. The authority will fund the purchase with existing downtown transportation development district funds.

The current KC Streetcar system fleet includes four vehicles, with a three-streetcar operation running seven days a week. Since the system opened in May 2016, KCSA has tallied nearly 2.4 million rides, with a daily average ridership of 5,700. The system surpassed 2 million riders in May 2017.

"It is a good problem to have — our streetcars are running at or near capacity on a regular basis and we need additional capacity to ensure reliable operations and improved service in the years to come," said Tom Gerend, KCSA's executive director.

The two additional streetcars will be manufactured by CAF and produced at the company's plant in Elmira, New York. KCSA in spring began negotiating with CAF and the city to buy the new vehicles.