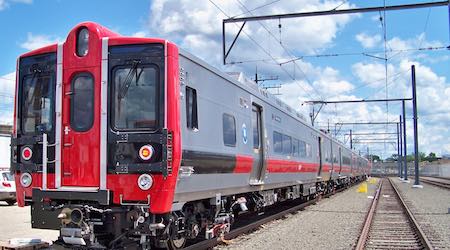 Adding the new 105-seat cars will allow the railroad to accommodate 6,000 additional commuters, according to a press release issued by Connecticut Gov. Dannel Malloy's office.

The cars will cost $308 million, the New Haven Register reported. Connecticut's State Bond Commission next month will vote on a $200 million allocation to purchase the new units, while New York City's Metropolitan Transportation Authority (MTA) will cover the remaining costs, according to the newspaper.

Owned by the Connecticut Department of Transportation (CTDOT) and operated by Metro-North, the New Haven Line in 2015 logged more than 40 million passengers, marking a 2 percent increase from the previous year and setting a new ridership record. 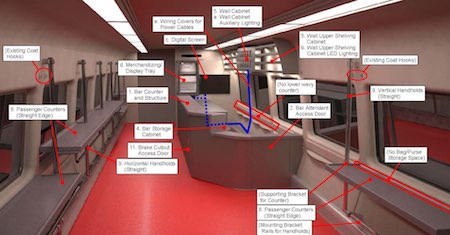 Overall, ridership is up 12 percent over the past five years, with peak-hour ridership jumping 27 percent, according to Malloy's release.

"More and more, Connecticut residents are choosing public transportation to go about their daily commutes," Malloy said. "We have witnessed what decades of underinvestment has resulted in, and we can no longer afford to sit back and let the status quo remain.  This is just one of many bold steps we are implementing statewide toward making a modernized transportation system reality — because our economic future depends on it."

Under current plans, 10 of the 60 new rail cars will be converted into cafe cars, also known as "bar cars." The New Haven Line's last cafe cars were retired in 2014.

The state already has purchased 405 new M-8 cars, which began going into service in 2011. Most of the older M-2 cars have been retired, but a small fleet remain for back-up, according to Malloy's release.

Each pair of cars has been equipped with bike racks, as well as intercom systems that customers can use to contact the crew in case of emergency. Other features include LED displays that show the next stop, electrical outlets to charge personal devices, coat hooks and curved luggage racks.

CTDOT also is testing the M-8 cars for possible use on the Shore Line East commuter railroad between New Haven and New London, Conn. That railroad uses locomotives to move its trains, while the M-8s are powered by overhead catenary lines and don't require locomotives.