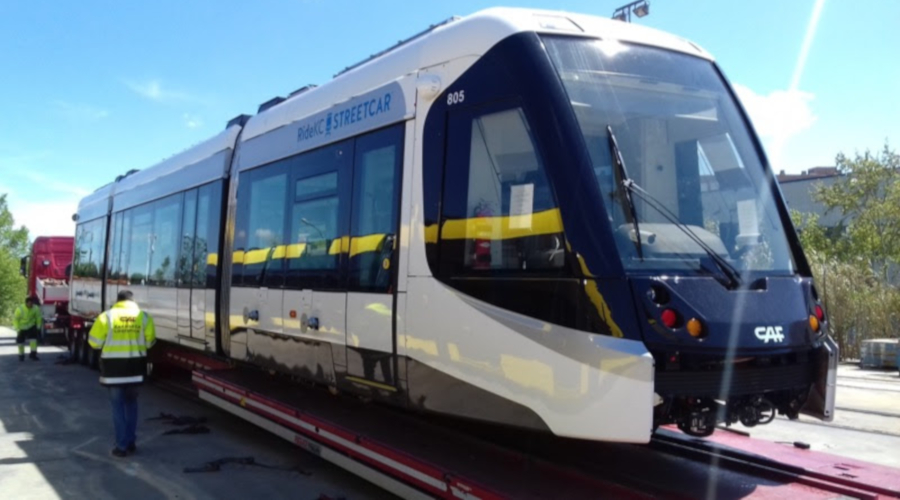 Streetcar No. 805 is the first of two vehicles scheduled to arrive in Kansas City, Missouri, this year.

“More than two years ago, we saw the ridership demand and knew we had to plan for the future in order to effectively serve the growing downtown community,” said KC Streetcar Executive Director Tom Gerend in a press release.

The new vehicle will undergo final assembly at the Kite Singleton Vehicle Maintenance Facility and shop testing for several days before testing begins on the tracks later this month.

Mainline testing will be conducted mostly during night hours when the KC Streetcar is out of service. Examples of mainline tests include system propulsion, braking, communications and a 300-mile burn-in test to verify reliable operation of all vehicle doors and systems.

The new streetcar is expected to be ready for passenger service in early summer.