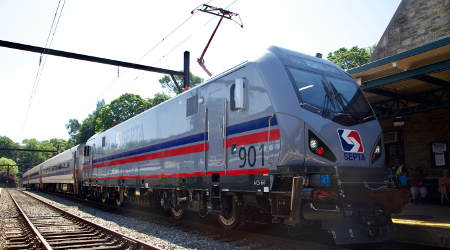 The agency is buying 15 locomotives from Siemens. The new units will enable SEPTA to expand its fleet and replace eight aging locomotives, including the only remaining AEM-7 locomotives operating in the United States, agency officials said in a press release.

The new Siemens locomotives initially will be paired with SEPTA's existing rail coach cars. Eventually, they'll be paired with a new fleet of multilevel coaches that have been ordered from CRRC MA Corp.

In November 2015, SEPTA awarded a $118 million contract to Siemens to build 13 ACS-64 locomotives with an option to deliver up to five additional units.