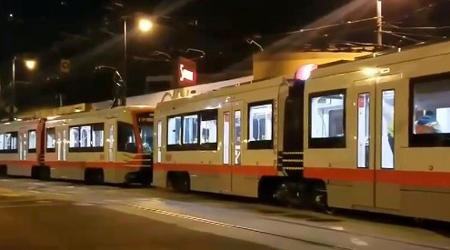 The agency may put the three-car trains into service as early as this spring, SFMTA officials wrote in a blog.

"Most likely the three-car trains will be used as shuttles to clear out patrons from special events or during the peak rush," they added.

In April, SFMTA plans to roll out two-car trains on the heaviest used routes such as the N Judah.

The first five Siemens light-rail vehicles were cleared for passenger service in November 2017. Under the agency's contract with Siemens, the existing 151-car fleet will be replaced. The fleet also will be expanded with 68 new units.