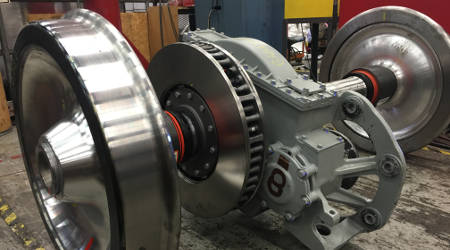 The new wheel profile has led to a 15-decibel drop in onboard noise, agency officials said in a news article on BART's website.

"Fifteen fewer decibels may not sound like a big jump, but remember that decibels — like the Richter Scale — are measured logarithmically, not linearly," BART officials said, adding that the equipment is "many times quieter than before."

The agency's "Fleet of the Future" cars will roll off the assembly line with the new profile. The next generation of rail cars also will feature "micro-plug" doors to help seal out noise.

Agency crews will perform surface grinds on the rails to further cut down on screeching. The "rail optimization plan" will include three phases over five years, with six grinding passes per phase across the entire 235-mile system.