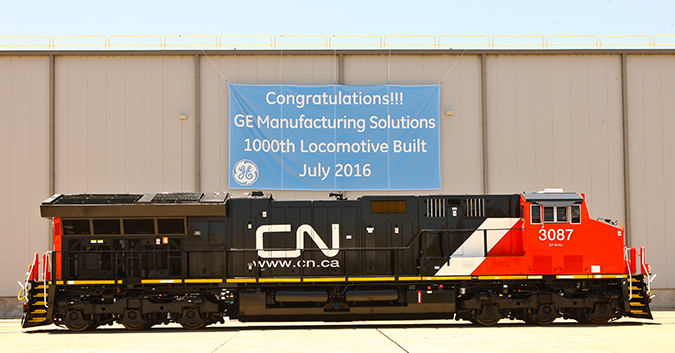 The unit is a Transportation Evolution Series Tier 4 model built for CN. Located in southwest Denton County, the plant has been open for more than three years and employs about 700 people.

GE officials and plant employees commemorated the milestone with a ceremony held July 7.