Fleet Stats 2017: Class Is won't be acquiring many rail cars or locomotives this year 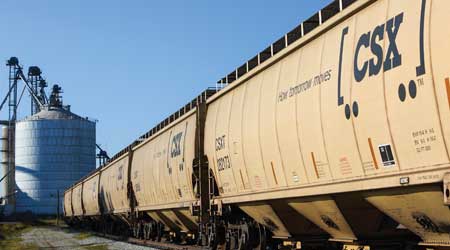 But the traffic rise in both nations after a prolonged period of declines spanning several years hasn’t yet translated into significantly more rail cars entering Class Is’ fleets. Railroads own 20 percent of all freight cars in North America, with lessors controlling 50 percent, rail shippers owning 20 percent and TTX Co. managing 10 percent.

Freight-car orders in second-quarter 2017 totaled 17,665 units compared with 4,814 in the first quarter, but Q2 car deliveries were flat at 10,625 units versus 10,042 in Q1, according to data from the Railway Supply Institute’s American Railway Car Institute Committee. Orders previously clocked in at 4,866 units in fourth-quarter 2016 and 7,555 in second-quarter 2016.

“I think it’s dangerous to call it a bottom and time a recovery [now],” said Titterton.

Car purchases haven’t exactly bottomed out for Class Is, but it’s safe to say they aren’t acquiring many of them after buying small quantities last year, according to an informal rolling stock survey conducted by Progressive Railroading via email last month.

Canadian Pacific acquired 83 new convertible multilevels in 2016 and this year plans to lease one 152-car aluminum coal set. Looking ahead, proposed legislation changes in Canada — in the form of the Transportation Modernization Act — are encouraging because the bill could potentially support investments in newer, high-capacity grain hoppers, CP officials said in their survey response.

In 2017, CN plans to acquire 300 bi-level racks and lease about 800 other cars, including centerbeams, aluminum rotary gondolas and bi-level racks. Last year, the Class I purchased 150 multi-max racks in bi-level configurations.

At Norfolk Southern Railway, the budget for freight cars fell to $50 million this year after the Class I spent $121 million last year on car acquisitions to better handle existing traffic and volume growth.

Instead of greatly expanding its fleet, NS is focusing on something else. A cross-departmental equipment strategy team is working on ways to create a smaller, more homogenous car fleet that would increase cost effectiveness and boost flexibility for operations. For example, the fleet would feature fewer types of box cars; the railroad currently employs upwards of 20 different box cars.

At Kansas City Southern, the number of cars will increase slightly. The Class I expects to continue acquiring automotive equipment and covered hoppers this year to support auto and grain traffic, although the railroad didn’t cite any exact figures in its response. 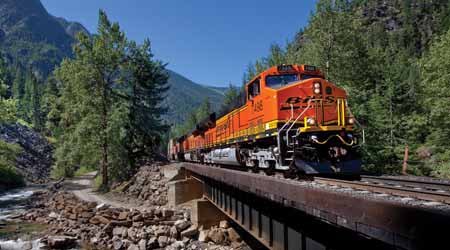 Meanwhile, CSX has not yet announced plans to acquire new cars in 2017. Instead, the Class I has idled more than 26,000 cars as part of an ongoing operational review and transition to the Precision Railroading scheduled railroad strategy, which is designed to improve customer service and provide greater resource efficiency, CSX officials said in their response. Last year, the railroad reduced its total inventory of owned and long-term leased cars by about 2 percent, with the largest changes in the number of gondolas (down 4 percent) and multi-level flat cars (up 4 percent).

Class Is’ some-will-buy, some-won’t trend also carries over to locomotive purchases. But most large roads expect to continue modernizing their motive-power fleets this year.

This year, NS plans to purchase another 50 new locomotives. The majority of the units acquired this year and last are GE Evolution™ Series Tier 4 models, which are designed to meet the stricter air emission standard set by the U.S. Environmental Protection Agency (EPA). The Tier 4 units can reduce particulate matter and nitrogen oxide emissions by more than 70 percent compared with conventional motive power.

UP is adopting more Tier 4 units, too. Last year, it acquired 160 after purchasing 100 of them in 2015. The Class I plans to purchase additional Tier 4 units this year, but has not disclosed an exact number.

For BNSF, 75 new locomotives are on tap this year to fulfill a remaining contractual commitment. Last year, the Class I acquired 150 units.

A diagnostic tune up

The railroad is increasing its use of remote diagnostic technology for locomotives to help identify “unhealthy” assets before a part fails, BNSF officials said in their response. 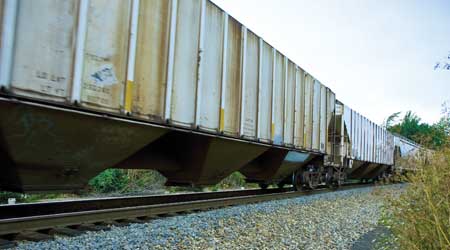 While KCS has no plans to acquire locomotives this year after purchasing none in 2016, it’s focusing on technological upgrades, as well.

The Class I is overhauling its road/yard fleet and installing such fuel-management tools as Trip Optimizer and Automatic Engine Start-Stop systems.

Likewise, CP — whose motive-power acquisitions column will have a zero for both 2016 and 2017 — is aiming to modernize its fleet. The Class I is installing control systems and electronic air brakes, and performing other technological upgrades to improve locomotive performance and reliability.

At CN, 22 new locomotives are slated for delivery this year after the Class I acquired 90 units in 2016.

CSX hasn’t yet announced plans to purchase locomotives in 2017, but has increased the number of units in storage to more than 900 as part of an ongoing operational review and the Precision Railroading transition. The railroad took delivery of 100 new locomotives in 2016 under a long-term purchase agreement after receiving 200 units in 2015 as part of that pact.

Email questions to comments to jeff.stagl@tradepress.com.