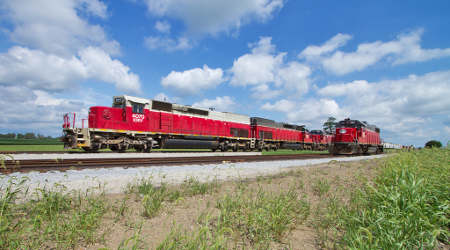 The Brotherhood of Locomotive Engineers and Trainmen (BLET) has ratified a new collective bargaining agreement with the Indiana and Ohio Railway (I&O), the union announced yesterday.

The five-year pact covers rates of pay, work rules and health and welfare benefits for 50 engineers, conductors and trainees. Wages will increase 28.6 percent over the life of the contract, which ends Dec. 31, 2020, according to a BLET press release.

More than 80 percent of members who cast ballots voted to ratify the agreement.

Members are covered by the Genesee & Wyoming Inc.'s Midwest Region health and welfare plan, effective Jan. 1, 2017. The agreement changes the membership's 401k plan and provides a voucher for two pairs of boots per year.

The contract outlines procedures for disciplinary hearings and specifies a grievance and arbitration process.