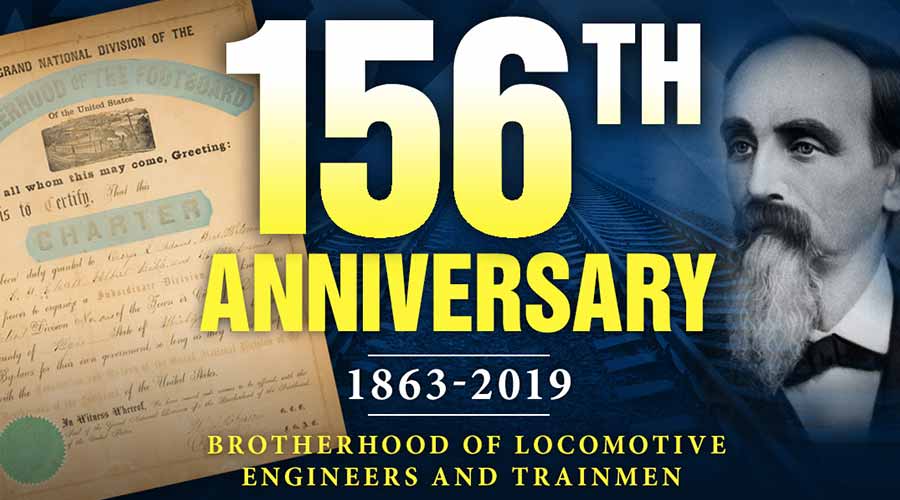 Today, the Brotherhood of Locomotive Engineers and Trainmen (BLET) marks 156 years as a labor organization.

The union was founded as the Brotherhood of the Footboard on May 8, 1863, in Marshall, Michigan. The following year, the organization changed its name to Brotherhood of Locomotive Engineers and retained that name for 140 years until merging with the International Brotherhood of Teamsters on Jan. 1, 2004, according to a BLET press release.

The union was formed in the early 1860s when locomotive engineers on the Michigan Central Railroad became discouraged with pay cuts and the dismissal of their firemen, BLET officials said.

The BLET was the first labor organization to obtain contracts with railroads Among the earliest was an agreement with the former New York Central in 1875. Today, the BLET has hundreds of contracts with large and small railroads. It represents locomotive engineers on 98 percent of rail trackage in the United States.