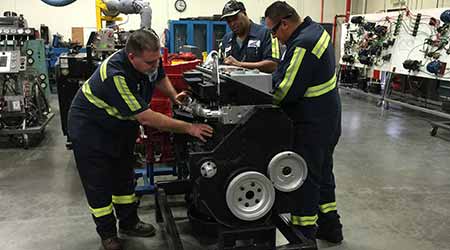 As of Jan. 16, VTA and SEIU Local 521 negotiators reached a tentative agreement that will be considered by union members for ratification. The expectation is that a contract will be ratified by January's end and approved by the authority's board at its February meeting, VTA officials said in a press release.

Meanwhile, the VTA and ATU Local 265 continue to negotiate, with more meetings scheduled this week. The parties have been trading, reviewing and responding to proposals, many elements of which have reached a point of tentative agreement, VTA officials said.

"Our most important goal is to reach an agreement that protects the public, the taxpayer and our customers … [and] is competitive and fair for our employees, but is also financially sustainable over the long term," they said. "The challenge exists in reaching an agreement with ATU Local 265 based on proposals traded to date."

The VTA has more than 2,200 employees and about 90 percent of its workforce is represented by four unions, including the American Federation of State County and Municipal Employees Local 101 and Transportation Authority Engineers and Architects Association Local 21.

The authority maintains a labor relations webpage on its site to provide information to the public and share updates on contact negotiations.