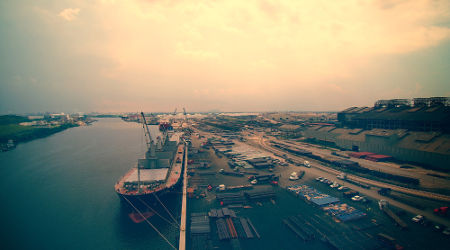 Watco Cos. LLC, owner and operator of Greens Port Industrial Park located on the Houston Ship Channel, has acquired the assets of Industrial Terminals LP.

Watco has entered into a long-term lease for use and operation of Industrial Terminals' facility, which is adjacent to Greens Port, Watco officials said last week in a press release.

At the same time, Watco and Intermarine LLC, through its operating company Industrial Maritime Carriers LLC, have entered into a long-term agreement that calls for Watco to provide stevedoring and terminaling services for Intermarine LLC and its customers.

Additionally, Watco has executed an agreement for Gulf Stream Marine Inc. to provide stevedoring and terminal services at the facility, which the firm has been doing since 2004.

Industrial Terminals' facility consists of three deep-water berths — specifically designed for heavy-lift and breakbulk cargo — and more than 90 acres of cargo marshaling and storage. The facility offers direct rail and truck access along the ship berths as well as a barge terminal.