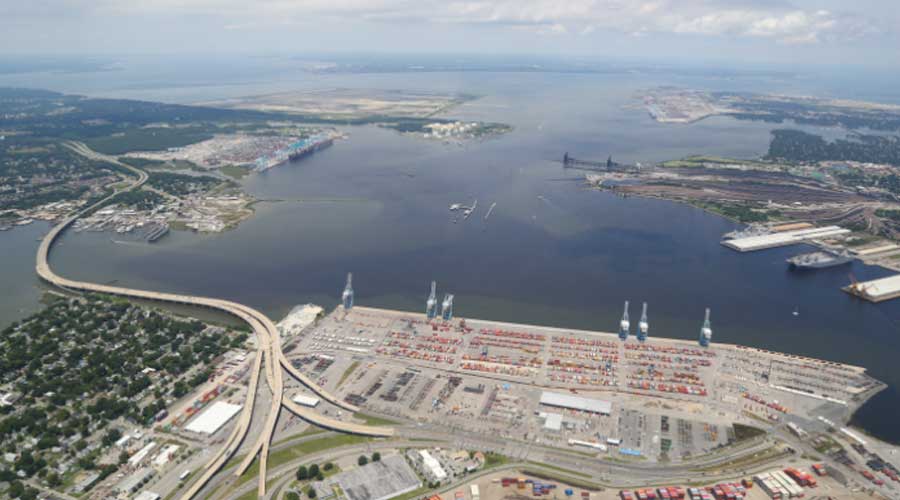 The Port of Virginia will receive $20 million in federal funds to complete the Central Rail Yard expansion project at Norfolk International Terminals (NIT).

The funds will build on the investments the port has made across its two largest terminals, the NIT and Virginia International Gateway, to expand on-terminal rail capacity at NIT, U.S. Sens. Mark Warner and Tim Kaine (both D-Va.) announced late last week.

The funds, awarded through the U.S. Department of Transportation's Port Infrastructure Development Discretionary Grants Program, will support the construction of two new rail bundles containing four tracks each, in addition to a center working area for transferring and staging containers. Associated lead-in tracks will incorporate turnouts and switches from the terminal's main rail line and vehicle crossings.

Additionally, the project will create a return access road that will separate rail dray traffic returning to the container yard from general truck traffic.

The rail yard expansion is expected to double the 368,000 annual container capacity of the existing yard. The new rail bundles are projected to generate $112 million in total economic benefits.

"These federal funds will support an important expansion at the port that will increase the port's competitiveness and efficiency and allow it to continue to serve manufacturers and farmers in Virginia and across the country," the senators said.